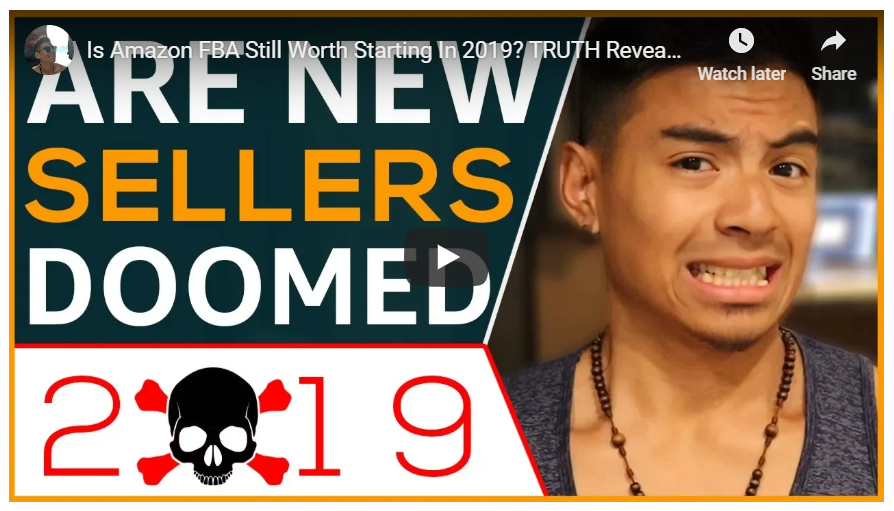 Is it too late to start an Amazon FBA Private label business? Many people are saying that Amazon FBA is dead, so should you still get started in this business?

There’s a big fear lingering around Amazon FBA about the opportunity being dead. And I understand why.

I know how it feels to be on standing right on the edge, ready to jump at an opportunity… but then get spooked at the last second. I wasn’t necessarily afraid, just uncertain about the opportunity.

A few years ago when Amazon started the FBA program, 3rd party sellers were able to simply find hot selling products, copy them and make an absolute killing. It was easy. A simple formula. The competition was relatively low and it was easy for people that knew how to scout the right
products.

That opportunity is gone now as more people have started to catch on.

Don’t worry about it too much, there are still important things to focus on NOW!

“When everyone knows about an opportunity, its too late”

Amazon is worldwide, rapidly continuing to grow, and there are NEW opportunities that arise! The thing is, the masses don’t know about this opportunity yet.

Is amazon FBA worth it in 2019? It’s more worth it than ever before…

So don’t let that regret hit you in the face. Because the Amazon opportunity is not going anywhere. Its just a matter of being courageous enough to take the first step.

Get proven processes, gain laser focus, join a family of entrepreneurs and reprogram your brain to achieve what you’ve always dreamed of.